The issue of vaccination has been a contentious issue recently as Australia comes out of the COVID-19 pandemic. The Australian Government permitted access for 12-year-olds to receive the Pfizer vaccinate and it is expected it will soon be available to five-year-old children 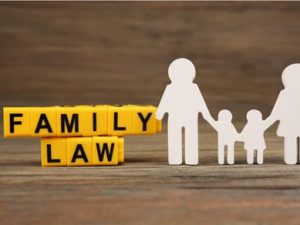 Accordingly, what happens when the decision about whether children are to be vaccinated when their parents are separated and disagree on whether their children receive the vaccination?

The recent case of Makinen & Taube [2021] in the Federal Circuit Court of Australia (FCCA) provides a precedent in what the court’s role will be in determining whether a child be vaccinated.

The Family Law Act 1975, parental responsibility stipulates that parents have equal shared responsibility and must make a genuine effort to come to a joint decision about significant issues in relation to children. This includes matters such as education, place of residence, religion, and medical treatment such as immunisation and vaccination. Where there is an unresolvable dispute, a party should make an application through the family law court system, which will make a decision that it deems to be in the child’s best interests.

In the Makinen & Taube case, the parents were separated, had two children, aged 8 and 12, who lived with the Mother and spent regular time with the Father. The parties had previously been able to resolve parenting matters, however, in the case of vaccinations, the Father sought sole decision-making responsibility concerning immunisations and vaccinations. On the other hand, the Mother sought an injunctive order that prevented the Father from having the children vaccinated.

The Father’s position on vaccinations was based on recommendations made by their treating General Practitioner.

The Mother asserted that the Father was not the primary carer and had not participated or expressed a wish to be involved in their children’s medical appointments. She also argued that she had studied the medical research surrounding vaccinations, that 5% of the population was unvaccinated, and that she was concerned about the risk of psychological harm caused by her children being vaccination.

Judge Taglieri of the FCCA ruled in the Father’s favour, determining that the Mother’s opposition was sincere but founded on unreasonable beliefs. The Mother admitted that harm from side effects was rare and that most Australians had been vaccinated against prominent infectious diseases,

Her Honour ruled that “While the mother may be more vigilant, active and diligent towards matters related to the children’s health and hygiene, her entrenched views against vaccination demonstrate that she will likely push back and reject having the children vaccinated, even if it is deemed necessary or recommended by a medical professional. The father …. is likely to be more compliant with recommendations by a doctor or medical professional.”

The court referenced State and Federal Public Health recommendations, the Lancet and Australian Medical Journal and advice made by the World Health Organisation which did not support the Mother’s assertions that her children should not be vaccinated. The court also considered the children’s exclusion from opportunities and services because of non-vaccination.

As such, the court made orders which gave the Father sole parental responsibility regarding vaccinations and immunisations and restrained the Mother from instilling ideas about vaccinations in her children that contradicted medical recommendations.

Makinen & Taube highlights how the court’s decision on matters relating to vaccination and immunisation will be based on the scientific facts and evidence and be guided by the children’s best interest.

If you need legal assistance with a child custody or a family law matter that involves children or parenting please contact Rowan Skinner and Associates Lawyers on (03) 9995 9155.