Infidelity can create a lot of animosity and resentment between parties. The question is, is it ever relevant to child custody arrangements? 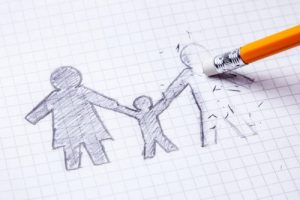 Infidelity will rarely affect child custody orders or arrangements. In special circumstances, it could.

When considering custody orders, otherwise known as parenting orders, the Family Law Act requires the Court to regard what is in the child’s best interests as the paramount consideration.

The Family Law Act goes on to provides for a number of considerations to assist the Court in determining what is in the child’s best interests, and not surprising, infidelity is not one of them.

The behaviours that arise as a result of the infidelity, by either spouse, will be relevant in circumstances where family violence or drug or alcohol abuse are involved. The Court’s primary consideration in determining what is in the best interests of the child is the need to protect the child from physical or psychological harm from be subjected to, or exposed to, abuse, neglect or family violence.

A child’s exposure to family violence could result in valid arguments which affect who gets custody, particularly if they turn physical or are found to amount to emotional or psychological abuse.

Can infidelity affect your divorce?

Infidelity does not affect your divorce.

Since 1975, Australia has adopted a “no fault” divorce system. This means the divorcing spouse is no longer required to prove that the breakdown of the marriage was due to the specific behaviour, such as adultery, of the other spouse.

Instead, the divorcing spouse now needs to prove the marriage has “broken down irretrievably”.  This really means that there has been a separation period of at least 12 months and there is no ‘reasonable likelihood’ of cohabitation resuming.

What impact does infidelity have on separation?

Infidelity often causes enormous amounts of animosity between parties, particularly if a new partner remains on the scene, which can significantly hinder parties’ negotiations on child custody arrangements.

It can often lead to cases becoming high conflict matters which in turn prolongs negotiations or leads to litigation. The end result being for both parties is higher legal costs.

If you need advice from a specialist Melbourne child custody lawyer, in relation to your divorce or child custody arrangements, including mediation, initiating or ongoing litigation, please contact Rowan Skinner & Associates Lawyers to arrange a complimentary 15-minute consultation.