Can I get my child vaccinated in the Family Court?

On the 8 March 2022, Trevor McKenna reported to the Family Law Section of the Law Council of Australia on what the Court says about COVID vaccination of your child. 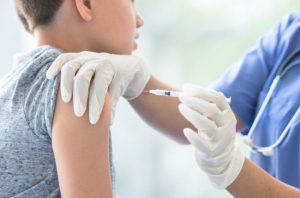 13 months later in February 2021, the first vaccine was administered here.

Fast forward to today, 94.4% of Australians over the age of 16 are fully vaccinated.

On 10 January 2022, Australia commenced its vaccination of children in accordance with the target recommendations, meaning that children over the age of 5 can receive the COVID-19 vaccine.

Yet it was well before the COVID-19 pandemic that family lawyers and courts, exercising in jurisdiction under the Family Law Act, were called on to resolve disputes between parents about vaccinations.

It was the start of the “It’s not a race” vaccination roll out across Australia that lead to ineffective public education and a topical media debate, leaving a vacuum which, antivaxxers and the vaccine hesitant happily filled.

Now more than ever the issue of vaccination is part of our practice in both the context of advising clients and in the issue of contested applications before our courts.

In the 2012 decision of Justice Bennett in Kingsford, her Honour found that it was in the best interest of a child to receive traditional immunisation rather than a program of homeopathic immunisation proposed by the mother.

In that case the mother led expert evidence in support of her position; she described living a simple and healthy way of life, preferring to eat organic and unprocessed foods when possible and using non toxic cleaning products. Thus, building a level of natural immunity. The child had received a total of 28 homeopathic remedies to protect her from serious infections.  At age 5, she had been formally diagnosed suffering from whopping cough.

The ICL in that case relied on the evidence of a specialist from Melbourne’s Royal Children’s Hospital, who considered the relative merits on the one hand of homeopathic prevention and on the other traditional medical vaccinations.

Whilst acknowledging that traditional vaccinations do not guarantee protection against vaccine preventable illnesses, the expert focused the courts on the irrefutable evidence attesting to the safety and effectiveness of Australia’s traditional vaccine program.

In Kingsford both parents proposed to travel overseas with the child in the future, and Justice Bennett found that the likelihood of the child being exposed to infectious diseases for which the traditional vaccinations were available was not zero. Her Honour said this was particularly so if in the future the child travels overseas to countries where some diseases are more prevalent in the community than others.

Justice Bennett held at [120] “in these circumstances I find that not immunising the child by way of conventional immunisation would expose her to a risk of harm through infection from a preventable disease or diseases, and the risk was unacceptable in the context of traditional immunisation practices, and the risk of harm from traditional vaccinations was not so high that it was to outweigh the risk of infection.”

In a series of cases reported more recently in Convington, both in the Family Court of Australia and later in the High Court of Australia, the mother sought to injunct or prevent the father from commencing the child’s vaccination. In this case, the parents had actually consented to file parenting orders that included a structured regime supporting the child to receive vaccinations.

Yet the mother later withdrew her consent claiming she was under duress, coercion, and pressure at the time of those orders. Subsequently, she filed a notice to appeal in the Full Court of the Family Court, but that appeal was deemed abandoned and then she turned her attention back to the High Court. She substituted an application that there was a question involving the interpretation of the Constitution and whilst in the High Court, she sought an injunction restraining the vaccination of her child. The injunction, or more properly described the stay application in the High Court, was dismissed by Justice Steward. The mother returned to the Full Court of the Family Court of Australia, there the Full Court dismissed the mother’s application and in doing so confirmed the Family Court has the jurisdiction to now make an order providing for a child to be vaccinated.

The jurisdiction is not dependent on whether or not the party’s consent, because Section 65 or alternatively/additionally section 67C of the Act, provides that in proceedings for a parenting order the court may make such parenting order as it thinks proper, and that can be validly made even if there is no consent. Ultimately, the mothers leave application to the High Court was dismissed.

If you require assistance in relation to a parenting application or any aspect of a child custody dispute, contact Rowan Skinner & Associates Lawyers on (03) 9995 9155 to discuss your concerns with a child dispute lawyer.