Can a parent keep a child away from the other parent?

Can a parent restrict access of their child to the other parent?

It is not uncommon in high conflict child custody battles for one parent to deny or restrict access or limit the time the other parent spends with the child.

So, is it possible for one parent to stop the other parent from seeing their child? The answer is, yes but only in very limited circumstances and it requires an order of the court. 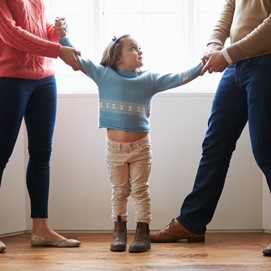 A court will usually deny a parent access to their child if they pose an “unacceptable risk” to the child. One parent may allege that the other parent has harmed the child, or that there is a risk that the parent may expose the child to harm,  which could include emotional harm.

The Court does not take these kinds of allegations of lightly.

Once an allegation has been made, the Court will assess whether residing with or spending time with the parent, exposes the child to an unacceptable risk of harm.

The Court will make their decision on whether the parent poses an “unacceptable risk” in spending time or residing with the child, based on the evidence put before it by both parents.

The Court is generally reluctant to completely deny a parent from spending any time whatsoever with their child. This type of order is only made in exceptional cases.

If the Court considers one parent to be an unacceptable risk to the child, the Court may order the parent to spend limited or supervised time with the child. The parents’ time may also be suspended pending the outcome of something, such as six months of proven sobriety and regular attendance upon a drug and alcohol counsellor.

If you have an order to spend time with your child, and the other parent is preventing you from doing so, without a reasonable excuse, then they are breaching court orders. This is a serious matter and there are options available to you to enforce your time with your child.

If you require assistance with your parenting arrangements from a Melbourne family lawyer or want to discuss your options, please contact Rowan Skinner & Associates Lawyers, LIV Accredited Specialist Family Lawyers, to arrange a no obligation complimentary consultation.